Mexican rock band Mana is expanding its fight to save endangered sea turtles with a clothing line.

The band, known for its environmental activism, is stepping into the fashion industry with Ritos del Sol, a line of ecofriendly jeans and T-shirts for men and women.

A percentage of each sale will be donated to the group’s Selva Negra Foundation, the nonprofit it created in 1995 to raise awareness and take real action to save endangered species and help underserved communities around the world. It offers four lines — Selva Negra, Cosmos, Laberinto de Concreto and Inframundo — with designs that go from abstract prints inspired in flora and fauna to skulls and a skeleton’s ribs.

The musicians said the idea was presented to them a couple years ago by the designers at a Puebla, Mexico clothing factory owned by a cousin of vocalist Fher.

“The clothing that he makes uses 25 percent of the water that the factories normally use in Mexico,” Fher said. “They are also good to their employees, it’s fair trade, and they work in indigenous communities not only in Puebla but in Oaxaca.”

Drummer Alex Gonzalez said band members weren’t initially convinced because “it’s not that easy to launch a clothing line and we have seen other bands and other artists (doing it) and some of them have done well, other not so much.

“But more than a business for the band, we wanted for it to be a positive idea and proposal so that when people would buy the clothes they would know that they are doing something beneficial for the environment,” he added. “So Fher came up with this idea of supporting the sea turtles that we have in Mexico.”

All four band members were involved in the designs of the T-shirts.

“At the end of the day, it had to be clothing that we wanted to use, both on and offstage,” Gonzalez said. Climate change is one of the greatest challenges of our time. We are already seeing its effects with rising seas, catastrophic wildfires and water shortages. These changes are not only having a dramatic impact on diverse ecosystems but also on the wildlife that call these places home. Here are nine species that are already being affected by climate change.

If we don’t act on climate now, this list is just the tip of the iceberg of what we can expect in years to come. Future generations shouldn’t just see these animals in history books — we owe it to them to protect these creatures and their habitats.

Rising temperatures and booming parasite populations are expected to cause this cold-weather species that calls the northern United States and Canada home to move farther north. That’s because milder winters and less snow can lead to higher numbers of winter ticks. Tens of thousands of these parasites can gather on a single moose to feed on its blood — weakening the animal’s immune system and often ending in death, especially the calves. Photo by National Park Service.

Salmon require cold, fast-flowing streams and rivers to spawn. Changing stream flows and warming waters in the Pacific Northwest are already impacting some salmon species and populations. Higher temperatures have also led a harmful salmon parasite to invade Alaska’s Yukon River. So while salmon might currently be on the menu, climate change is expected to impact major commercial and recreational fishing industries in the coming years. Photo by Bureau of Land Management. 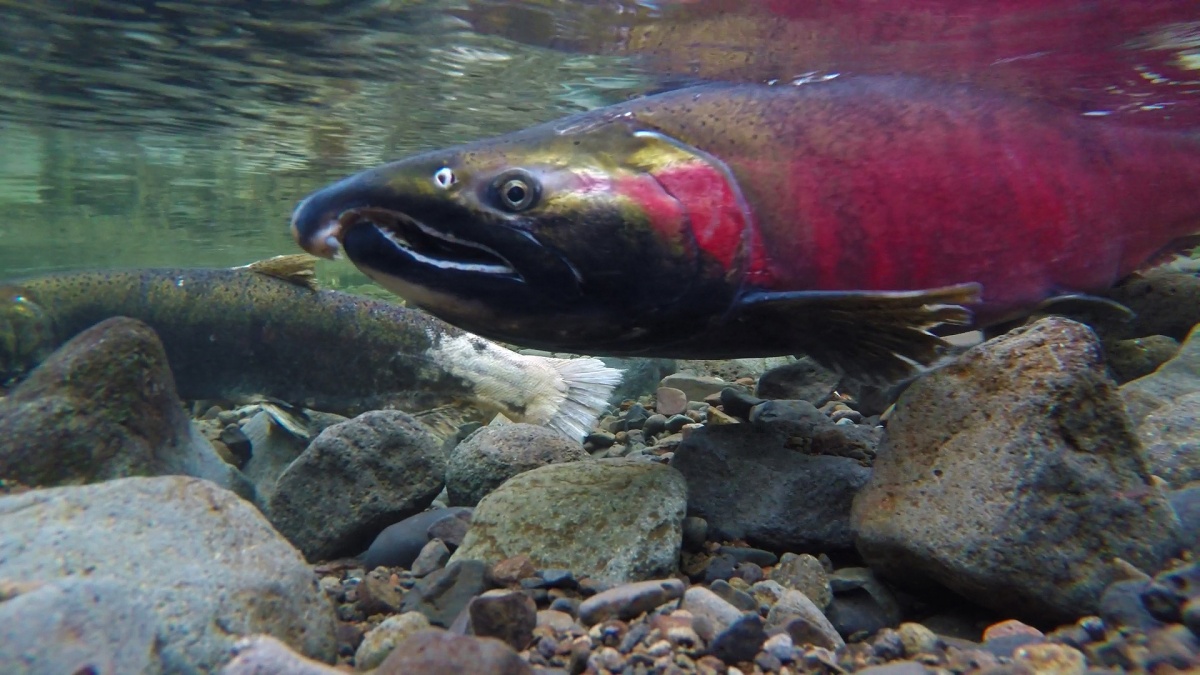 To help hide from predators, this North American rabbit has evolved to turn white in winter to blend in with the snow. With climate change, snow in some areas is melting earlier than the hares have grown accustomed to, leaving stark white hares exposed in snow-less landscapes. This increased vulnerability might cause declines in hare populations that could lead to implications for other species. Snowshoe hares are critical players in forest ecosystems. Photo by National Park Service. 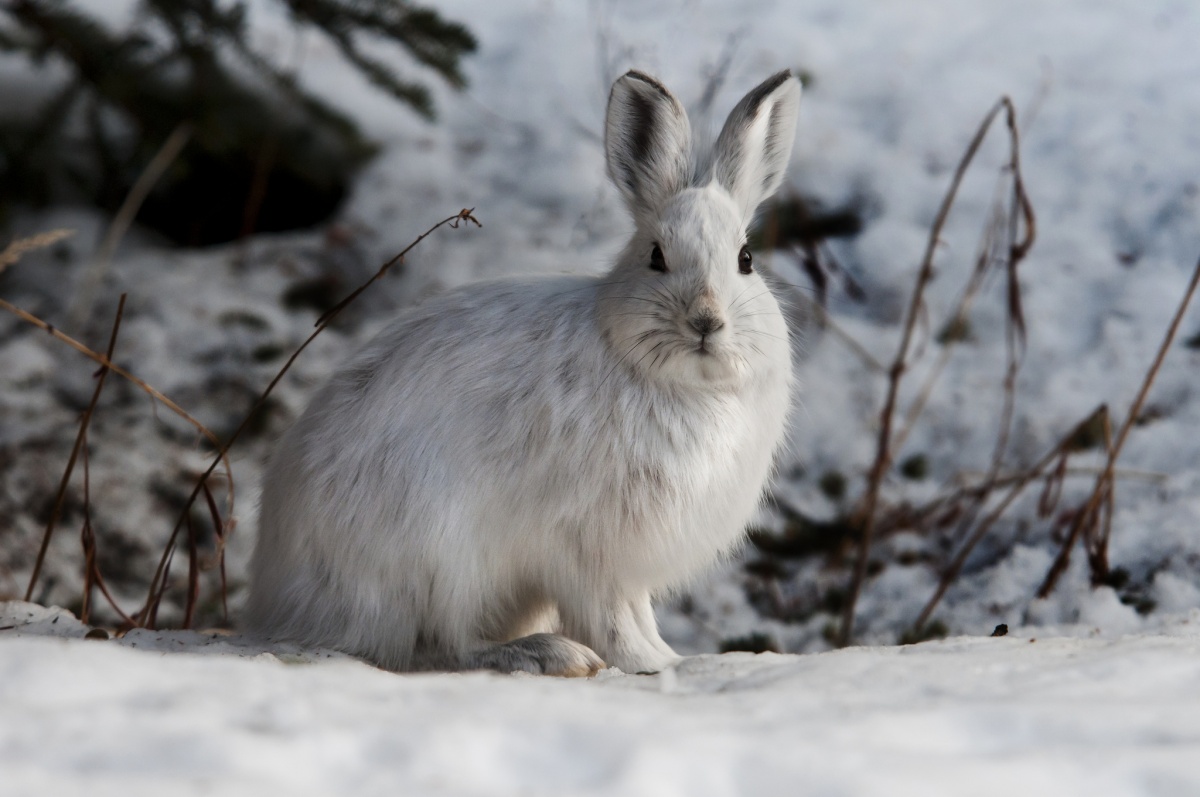 About the size and shape of a hamster, the American pika typically lives at high elevations where cool, moist conditions prevail. Research by U.S. Geological Survey has found that pika populations are now disappearing from numerous areas that span from the Sierra Nevadas to the Rocky Mountains. Populations within some areas are migrating to higher elevations likely to avoid reduced snowpacks and warmer summer temperatures. Unfortunately, pikas are strongly tied to rocky-talus habitat that is limited and patchily distributed. This gives them few options as temperatures continue to rise. Photo by Jon LeVasseur (www.sharetheexperience.org). 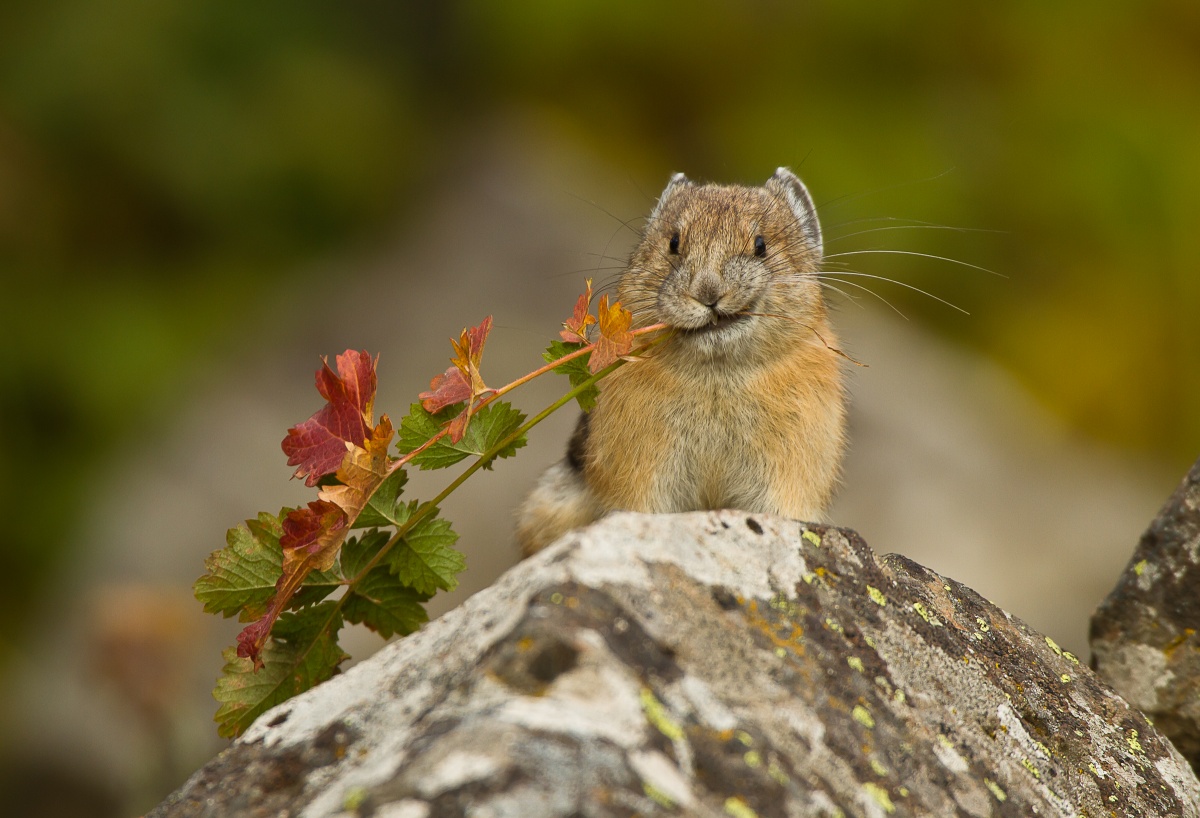 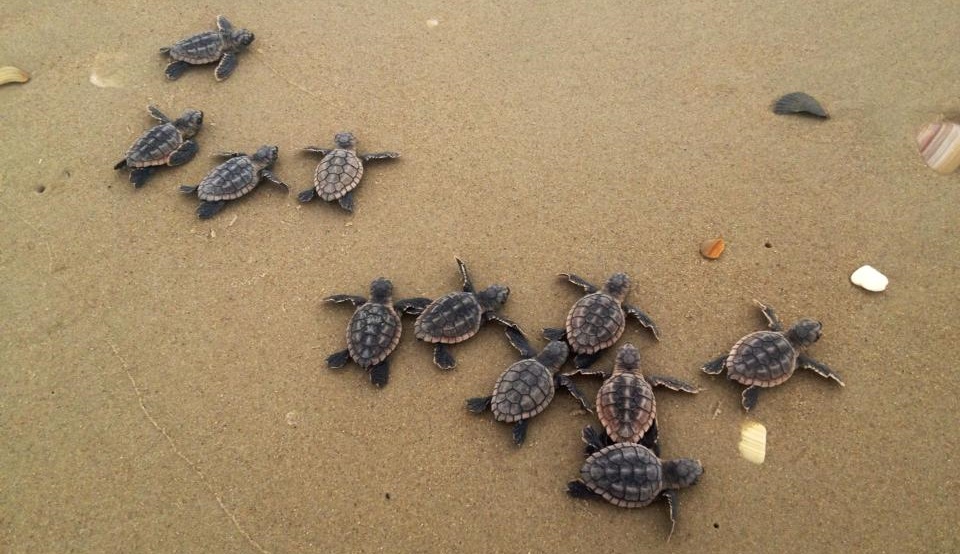 These colorful-billed birds that look like miniature penguins are experiencing population declines in the United States and elsewhere. In the Gulf of Maine, puffins are having difficulty finding their major food sources of white hake and herring. As the sea warms, the fish are moving into deeper waters or further north, making it harder for puffins to catch a meal and feed their young. Adult puffins are compensating by feeding their young butterfish, but young puffins are unable to swallow these large fish and many are dying of starvation. Delayed breeding seasons, low birth rates and chick survival are all affecting the reproductive ability of these birds. Photo by USFWS. 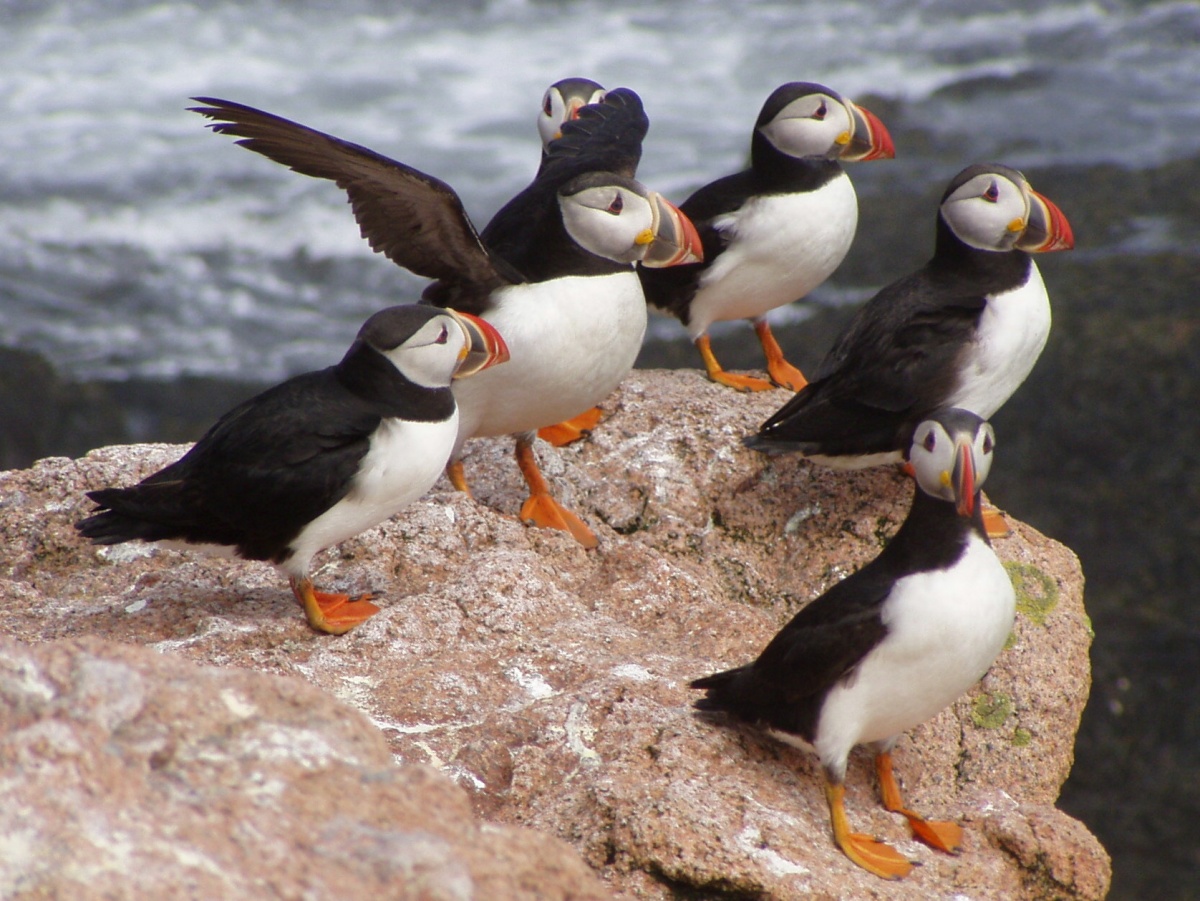 Caribou are always on the move — it’s not uncommon for them to travel long distances in search of adequate food. But as temperatures increase and wildfires burn hotter and longer in Alaska, it could considerably change the caribou’s habitat and winter food sources. Ultimately, this will affect subsistence hunters who rely on caribou for nutritional, cultural and economic reasons. Photo courtesy of Jacob W. Frank. 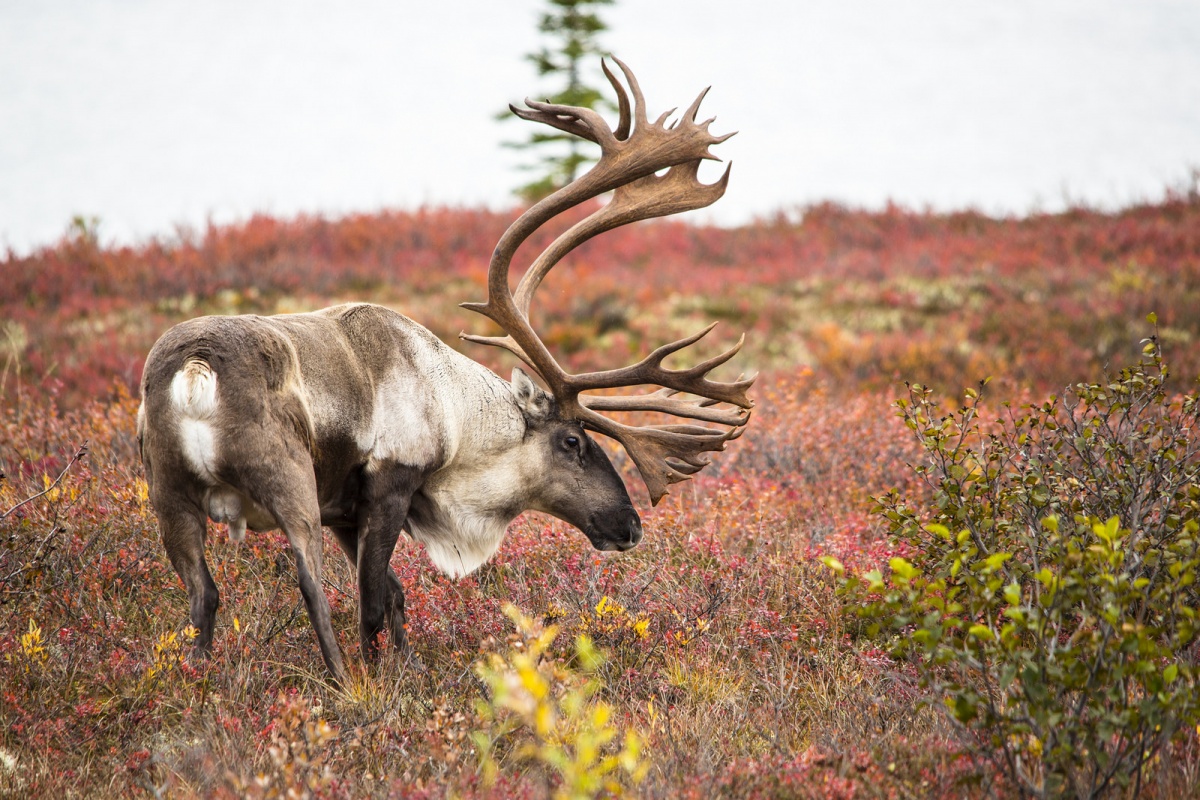 The piping plover is an iconic shorebird that breeds and nests along the Atlantic Coast, the Great Lakes and the Great Plains. Increased human use of their beach habitats, including intense coastal development, as well as rising sea levels and storm surges associated with climate change threaten the species. Photo by USFWS. 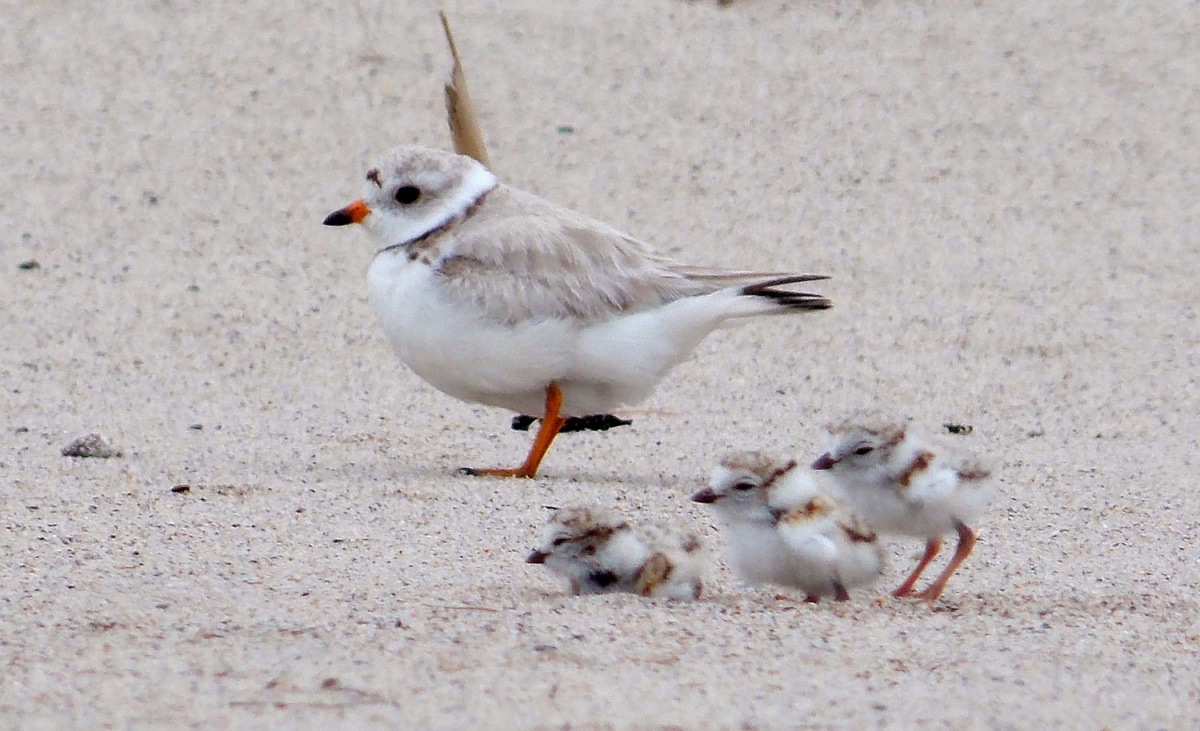 Polar bears in many ways have become the symbol of climate change. In 2008, they were listed as a threatened species under the Endangered Species Act — the first species to be listed because of forecasted population declines from the effects of climate change. The primary cause of their decline: loss of sea ice habitat attributed to Arctic warming. Polar bears need sea ice to hunt seals — a main source of food — as well as to move across the large home ranges they need for foraging habitat. Polar bears aren’t alone in feeling the effects of shrinking sea ice. Walruses and other Arctic species are facing similar challenges as summer sea ice continues to retreat. Photo by National Park Service. 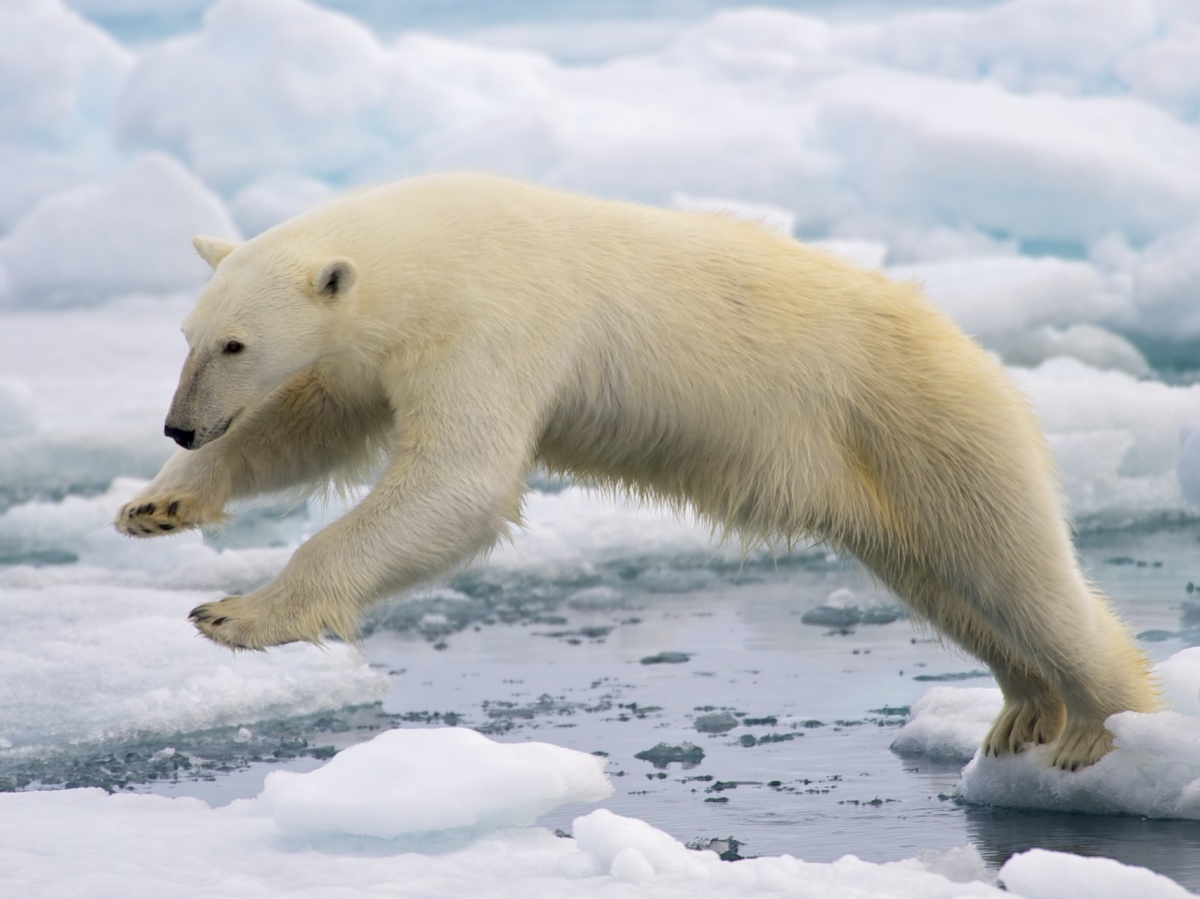 Have questions about what climate change is doing to wildlife? Join the Department of Interior for a Twitter chat on Nov. 18 at 1 pm ET. Submit your questions on Twitter or Facebook using #askInterior.

Courtesy the U.S. Department of Interior